WHO WOULD JAMES AND FJ SIT AROUND THEIR TABLE?

It’s an age old ice-breaker question; who would you sit around the table at your ideal dinner party? They can be dead or alive, friend or celebrity, even fictional! But they have to interact together, create scintillating conversation, and make a dinner party that will go down in history as legendary. Now that’s no mean feat. So, looking for the ‘correct’ answer, I went to the Manor’s Managing and Creative Directors; James and Fjona. This couple have made creating memorable moments around the table their art. The Manor has become a hub for friends and families looking for a table to re-connect and celebrate, whether it’s at an intimate booth in Peel’s restaurant, or a private table in the Tasting Room with its window into the kitchen. So I’m expecting big things from this answer… 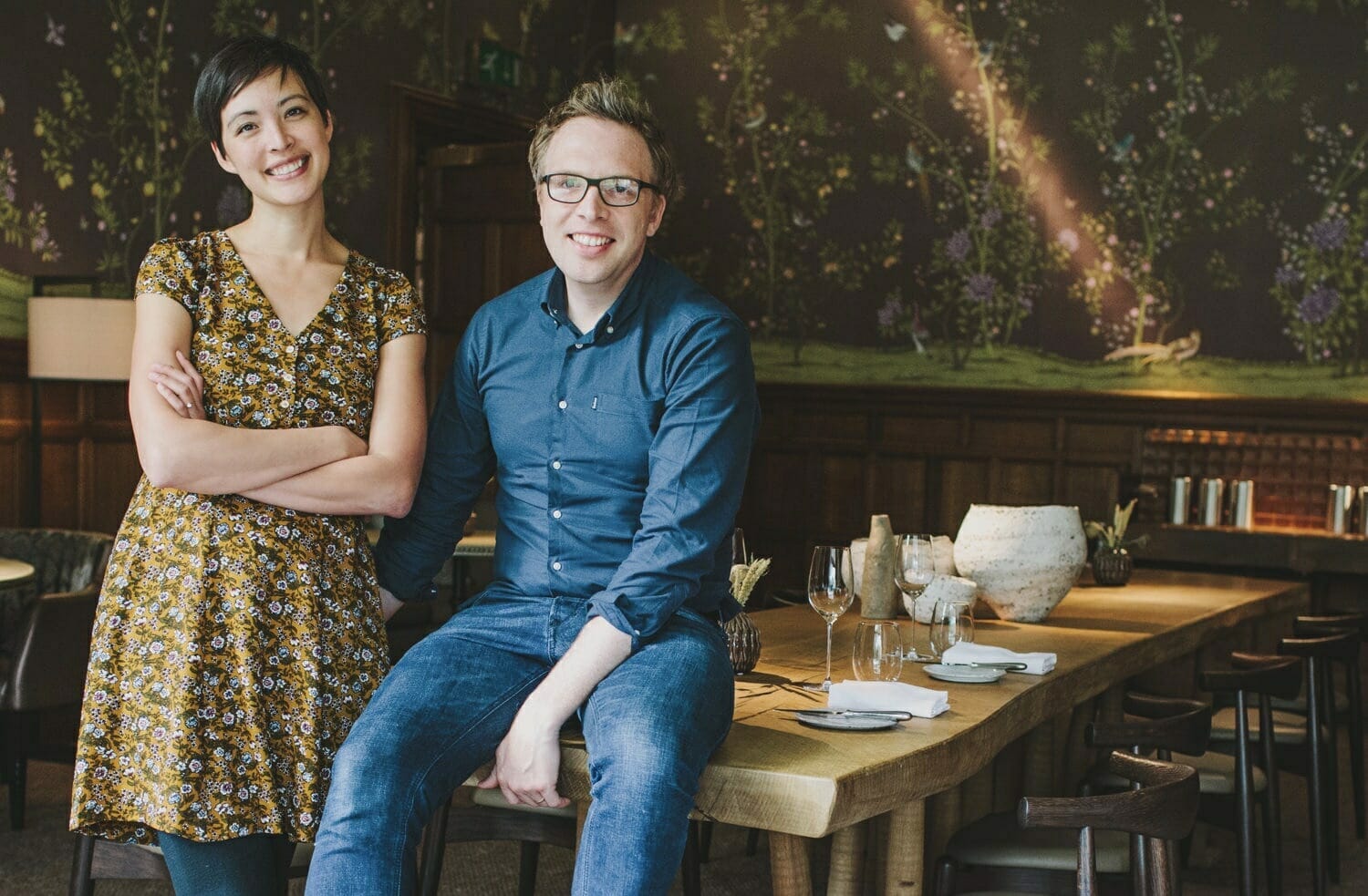 James: ‘I’m starting with Jamie Oliver (#1)! I like the big vision of life that he has. Like a lot of great people, I like his bigness of heart, and I think he’d be a great person to sit down with and talk about life and food. We love protégées like Anna Jones and some of the food people that have come and are coming out of Jamie’s school. He has a really strong combination of entrepreneurialism and social conscience.’

James: ‘Definitely Robin Hutson (#2). For me everything that he’s touched has been an education. The original ethos of Hotel du Vin had so many genius elements inside of it. It wasn’t just how comfortable they’d made the environment and how much they’d anticipated your needs, it was how well they’d built the team as well. The team was so on point and reflective of their values. This man has understood the British market like nobody else, which is why Nick Jones brought him in to be the Chairman of Soho House.’

Fjona: ‘we should probably invite William Morris (#3), but I’m sure he used to bore people….he was renowned for his long monologues… great for art lectures, bad for dinner parties…

James: ‘Lorraine (#3) and Fraser (#4). My sister and brother-in-law. Lorraine is our neighbour over at Hampton Clinic, and Fraser is a member of the family board of directors.  They are the people to go out with. Fraser is the best person in the world to formulate deep questions and get you talking about life. And Lorraine will just talk about anything and everything; she’s just great socially.’

Fjona: ‘I want to do a ‘Maker’s Table’ quarterly and get craftspeople from Birmingham around it (#5, #6, #7…). We want to start with the people involved with the redesign of the lobby and restaurant. We’d invite a couple of members of the team as well, then some people who’ve done work here and some who haven’t, creating a network of craftspeople. But that’s a party in itself …(.

Hannah Miller doesn’t need a pre-amble. She’s James and Fj’s effervescent friend who set up Miller & More personal, leadership, and team coaching last year and who would bring charisma and life to any table.

Fjona: ‘I’d like Ilse Crawford (#7), because she’s defined what I mean when I talk about creating a living space for guests. Everyone’s inspired by Soho House, they’ve nailed it. It is design led but doesn’t feel like design’s the most important thing.’

Fjona: ‘Also Jim Carrey (#8)… after that video, did you see it? He’s the most amazing artist. Did you text it to me J? I’ll send it over. He talks vulnerably about art. I like the honesty that lies behind his personna.’

Fjona: ‘… and a Cadbury (#9), (I’m getting the hang of it now) for the impact that family made on Birmingham as a city.’

Fjona: ‘Then, finally, we’d have Sarah Dunwell (#10). Her family ran a bakery, but once a week she made meals for the homeless. One day the homeless shelter threw a party for someone who’d been coming to them for 10 years. Sarah then asked the question ‘why are we celebrating this? If we’re celebrating the fact that someone has been in need for 10 years then something is very wrong.’ She was saying that keeping someone in the cycle is not something to celebrate. She started up again from scratch, and took on young people who were homeless to train them, setting up a scheme with the government to maintain their benefits during the training process.’

Fjona: ‘In terms of the future for the Manor we’re inspired by Sarah. We really believe that work is life changing for people, so we want to think about the impact that what we’re doing has on people’s lives. James has often talked about a life-giving institution. We’re very aware that it’s a long journey, and that we’re not groundbreaking in this concept…’

James: ‘But we hope we’ll create an environment that brings people’s strengths out and awakens something in them that makes them feel alive. Just trying to encourage people in what they’re good at and giving them opportunities. Some of them will flourish outside of here, but we hope we can be a stepping stone.’

…now that’s a table worth joining.