haven’t got a Cluedo! 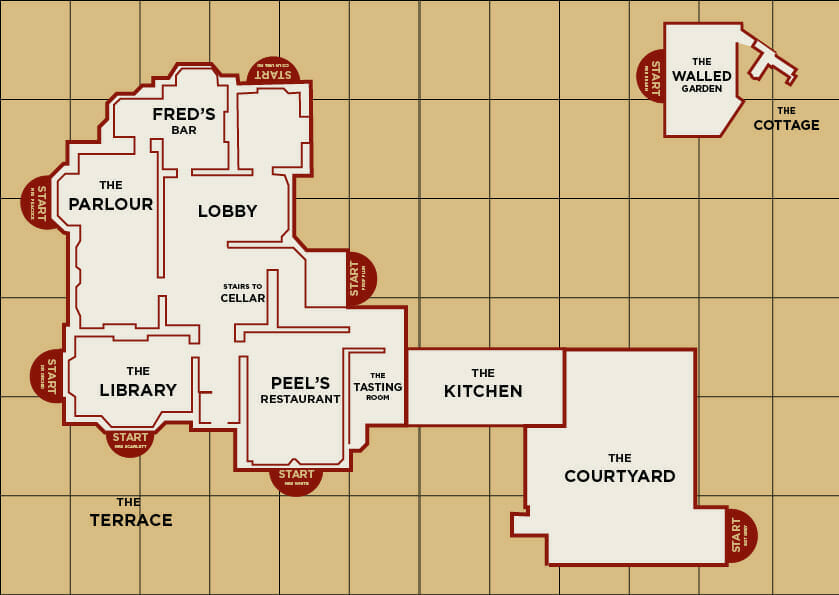 What drink has a young, cunning and attractive character? How about dignified, dapper and dangerous? Or mature and full bodied? Not a Cluedo? Nor did we. Fortunately, our resident drinks maestro was on the case.

As we wave a fond farewell to Morris in liquid form, Loic introduces us to Miss Scarlett, Colonel Mustard, Rev. Green, Professor Plum… the whole cast.

Loic talks us through his inspiration: “I liked the idea of Cluedo. We work in the Manor house, so why not have one cocktail per room? The game was invented in Birmingham, so that was my main inspiration.”

So, who’s the murderer?

Ready to meet three members of the cast?

Remember Loic’s wagyu beef and truffle cocktail? With wagyu fat infused Glenfiddich IPA and truffle honey this was a cocktail for an absolute foodie and, needless to say, it packed a punch! Sergeant Grey is an ode to this old friend and he can, of course, be found in Peel’s Restaurant: “I used pork fat, which I infused into whisky and then added apple brandy, honey and soy sauce. It makes one of two savoury cocktails. The second can be found in the Tasting Room and is a Bloody Mary Martini: This one you’ve got to try to believe.”

Our botanist expert belongs in the garden, so Loic looked to the Walled Garden for inspiration: “This one is apple form our own trees, verjus from our greenhouse grown grapes bees wax and honey. I hope to eventually get the honey from our own hives, but right now we’re using honey from just two miles away in Hockley Heath!”

Cluedo’s first new character since 1949, Dr Orchid is an ode to the modern non-alcoholic girl, and like her non-drinking companions she’s made with Seedlip. Out in the Lobby this drink wears a white, bubbly afro. Loic shares the mechanics: “We make this with almond, lemon, egg white and soda. The egg white solidifies with the soda, reacting to form a souffle-like texture which rises to the top of the glass. Dive into this with your spoon to reach the nectar beneath.”